Share a memory
Obituary & Services
Tribute Wall
Read more about the life story of Joanne and share your memories in the Tribute Book.

Joanne Dyer, 65, a loving mother, grandmother, and friend to everyone she met, passed away Thursday November 10, 2022 at OSF St. Francis Medical Center in Peoria surrounded by her family.

Joanne was born July 30, 1957, in Ottawa, IL, to Walter and Virginia (Voyles) Farrell. Joanne would go on to marry the love of her life, Kim Dyer Sr. on October 18, 1985.  The two of them had an amazing love that they shared for each other. They were blessed to have been able to raise 4 beautiful children, Richard, Vicky, Kim  Jr., and Joey.

Joanne loved being outside her whole life. Whether she was doing yard work, hanging out with friends, sitting by a fire or just sitting on her porch, she naturally gravitated to the outdoors. If you went anywhere with Joanne, you would see countless people that she knew. Her grandchildren would joke that anytime they went with her they would have to stop every 5 minutes to talk to someone. Everybody would tell you about how she had the biggest heart and one of the most contagious laughs. Some of her favorite things were playing bingo, cards, yahtzee or singing and dancing to all kinds of music. Her children and grandchildren were the most precious people in her life.

Joanne was preceded in death by her parents; Walter and Virginia Farrell; her brother, Eugene Farrell; and her husband, Kim Dyer Sr.

Memorials may be directed to the family. 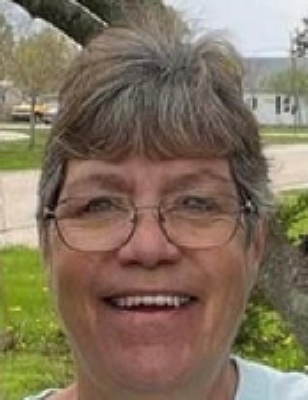